GET MY MOST INSPIRING STORIES

Make your dreams a reality

You're in! Check your Inbox for a message from Dr. Dragos.

Nominated for the MIT Innovators Under 35 award for “the brightest minds in Europe.”

Named by Forbes “among the smartest people in the world.”

DR DRAGOS HAS BEEN FEATURED IN: Author and award-winning scientist who put his Ph.D. in a bubble wrap and took a walk on the wild side of life to empower people to make their dreams a reality.

Get the best inspirational quotes curated from Dr Dragos’s writings The Meaning of Life

As a scientist who has spent most of his life in the aerospace industry, studying at NASA and working in space programs around the world, I understand the value of science in our lives. Science has extended our lifespan, brought benefits to our health, opened the skies for us to travel further and faster. But science can only go so far. Science cannot offer fulfillment to our hearts, cannot fill the spiritual emptiness people struggle with, cannot heal our souls, and cannot give meaning to our life.

There are three important periods in your life…

This conversation I had with God early before dawn changed my life. As I walked out of my room, peace flooded my soul. My mind found rest for the first time in years, and my broken heart was gently made whole.

The Story of the Old Man

One of the young monks in a Greek monastery committed a serious fault, and the oldest hermit, who was living alone in a shack far from the monastery, was summoned to judge him and decide his punishment. The hermit refused, but the other monks insisted, and he eventually gave in and answered their call.

The Road with Jesus Christ

The Road With Christ In the 20th century, Donald W. Winnicott, renowned British psychoanalyst and President of the British Psychoanalytical Society, discovered the most important requirement for people to have mental and emotional health throughout their lives. The...
Read More

Purchase The Pursuit of Dreams book from one of these reputable dealers: 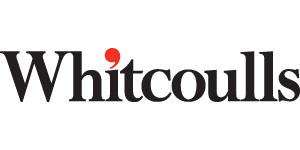